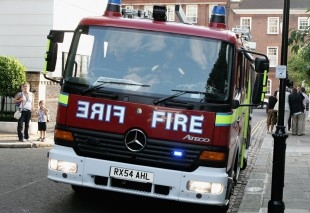 The hazards of ill-maintained extraction systems were laid bare yesterday after London Fire Brigade was called to tackle three separate restaurant fires in the space of just a few hours.

While investigations into the blazes are ongoing, the fire service said that at least two were due to the build-up of grease from cooking materials in the ductwork and ventilation systems.

A fire at a restaurant on Lisle Street, close to Leicester Square, took four fire engines and 21 firefighters over an hour to bring under control.

Station Manager Charlie Pugsley, who was at the scene, said that dirty kitchen extract ductwork was to blame.

“The fire involved the restaurant’s ventilation system,” he said. “Businesses should make sure their ventilation system is kept clean as a build-up of fat and grease within extract filters can lead to a fire.”

Later that afternoon, the London Fire Brigade reported that a takeaway restaurant in Southwark had been “badly damaged” following a fire caused by an accumulation of grease in the ventilation system.

The area from the ducting up to the roof of the shop was destroyed in the blaze, which was tackled by more than 20 firefighters.

The basement of a restaurant in St. Johns Wood was also damaged by fire yesterday afternoon.

The fire service confirmed that the extraction system from the basement to the first floor had been “extensively damaged”, although at this stage it is still not clear if the incident was sparked by poorly maintained kitchen extraction systems.

Experts insist it is important to keep ducting clean to prevent the build-up of cooking materials.

“This requires specialist cleaning and different skills from those needed to keep a kitchen otherwise spotless,” he said. “The ductwork isn’t seen, but if not kept scrupulously clean, harbours the potential for a fire which poses a danger to life and limb and can represent thousands of pounds worth of damage plus a critical interruption of business to a restaurant.”

Failure to keep ductwork clean can also render the building’s insurance invalid, meaning that there may not be a pay-out in the event of the fire, added Nicholls.

Want to join the discussion?
Feel free to contribute!

This site uses cookies. By continuing to browse the site, you are agreeing to our use of cookies.

We may request cookies to be set on your device. We use cookies to let us know when you visit our websites, how you interact with us, to enrich your user experience, and to customize your relationship with our website.

Click on the different category headings to find out more. You can also change some of your preferences. Note that blocking some types of cookies may impact your experience on our websites and the services we are able to offer.

These cookies are strictly necessary to provide you with services available through our website and to use some of its features.

Because these cookies are strictly necessary to deliver the website, you cannot refuse them without impacting how our site functions. You can block or delete them by changing your browser settings and force blocking all cookies on this website.

These cookies collect information that is used either in aggregate form to help us understand how our website is being used or how effective our marketing campaigns are, or to help us customize our website and application for you in order to enhance your experience.

If you do not want that we track your visist to our site you can disable tracking in your browser here:

We also use different external services like Google Webfonts, Google Maps and external Video providers. Since these providers may collect personal data like your IP address we allow you to block them here. Please be aware that this might heavily reduce the functionality and appearance of our site. Changes will take effect once you reload the page.